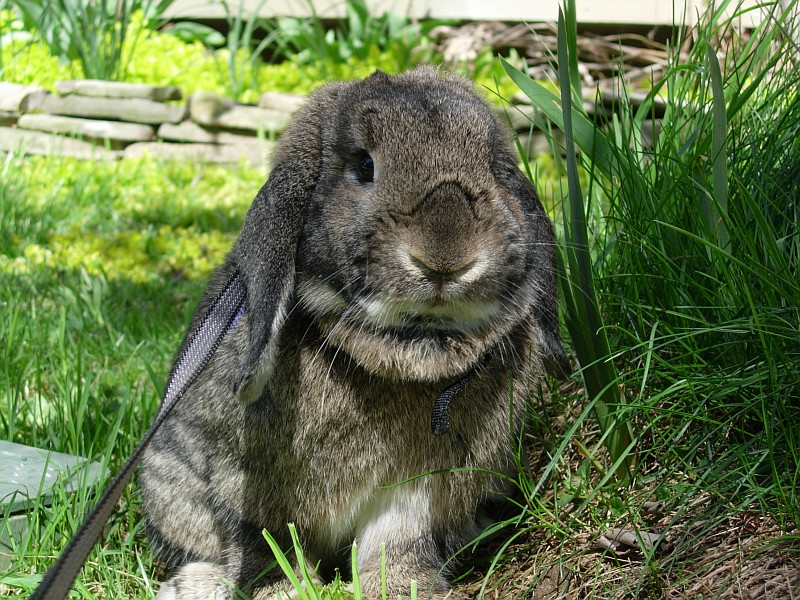 April 2008: Sniff, in one of Annie’s favorite pictures

It is with immense sadness that Annie and I announce the death of our first rabbit, Sniff Bun-Bun Brundage. Sniff was born circa June 2007 and died on Friday night, September 2, 2016. He follows his adopted brother, Munch Dallas Brundage into paradise. He is survived by his human sister, Tanya, and his human parents.

We adopted Sniff from a very generous family who was trying to find a new home for their rabbit. We went up to meet them at a nearby mall, and they gave us pretty much everything: cage, food bowl, food, litter, chew toys, and a cute little bunny, wearing a purple vest with a detachable leash. We are forever grateful for their priceless gift. Sniff gave us tremendous joy for nine years. 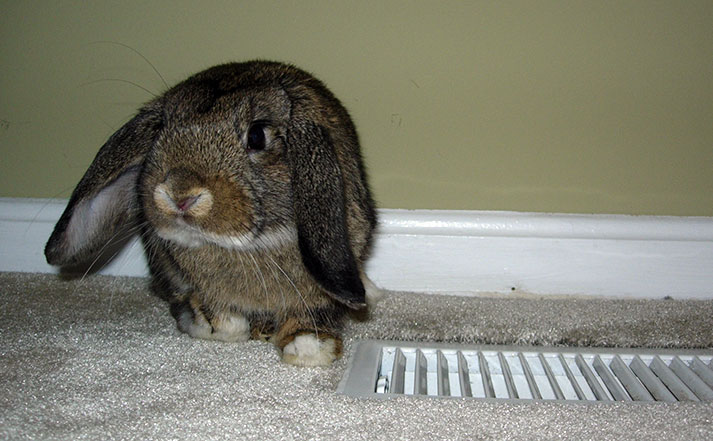 September 2007: Sniff, a few days after we brought him home.

He was truly part of our family. Sniff was a mama’s boy. He would hop over to Annie for a petting and then Munch would follow suit. In his younger days, Sniff used to do his corkscrew hops around the family room. When we lived at the townhouse, he would hop over to Annie from the kitchen and he would circle around her feet, and play with her sweater, which was dangling from a chair. We used to take him for walks outside in his purple harness. Once, during the fall, we took him outside and he got scared of a falling leaf. It was hilarious.

Sniff never liked to be held, but he loved to be petted. He would put his head on Annie’s lap, and just curl up on her legs for a petting. Annie would scratch both sides of his cheeks and rub the top of his head. When we moved to the single family home, Sniff and Munch shared a bedroom and they would hop over to the master suite at night and sleep under our bed. That lasted for a while. After Munch died, Sniff had the bunny room all to himself. He would come over to the master bedroom whenever he heard us, such as when we were giving Tanya a bath, or when Tanya was drinking her milk on the bed. In whatever bedroom we’d happen to be in, Sniff would find us and tunnel under the bed. Tanya and Annie would go up to see him during the daytime, and also in the evening time until I get home. On the rare occasion that Tanya would be sick or cry in the middle of the night, Sniff would hop over and inspect the situation. Whenever Annie would go into Sniff’s room to visit him, Sniff would run circles around her, or flop down over her feet, asking for a petting.

Sniff and Munch used to have a little toy elephant hanging from his cage door. The elephant had this little bell attached to it, so we’d know whenever they entered or exited their cage. Sniff also had this other little metal bell toy. Whenever we’d put it in front of him, Sniff would pick it up with his teeth and fling it out of his way. 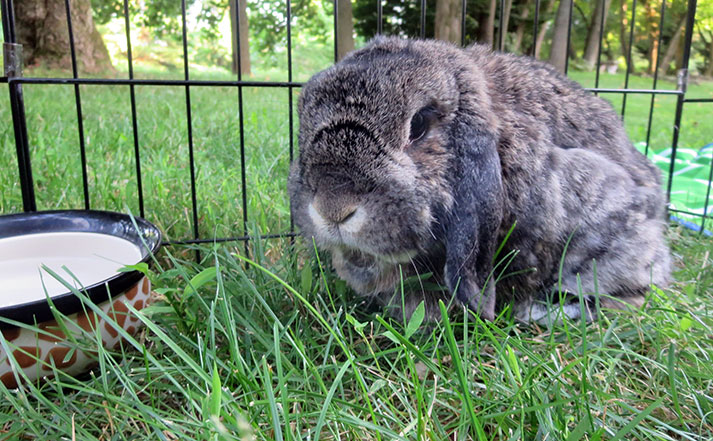 We would give him lettuce, kale, carrots, and dandelion leaves, but his favorite was kale. We decided to almost completely cut out kale, as we were afraid that he’d get kidney stones like his brother. On the rare occasion that Annie would give him kale, Sniff would smell it coming and get excited before it arrived. After Sniff started to have dental problems and had to get one of his incisors extracted, Annie started shaving his carrots, which were easier for him to gnaw. Recently, Tanya would go outside and look for suitable treats for him, such as dandelions, clover, and occasionally, dried leaves. Sniff used to love to eat dried leaves. I’d call them his bunny potato chips.

Sniff slowly turned into an old rabbit, and was actually on arthritis medication, Pepcid, and pain medication. Annie took Sniff to the rabbit emergency room on Friday afternoon, after he appeared listless and didn’t have an appetite. The doctor said that he had stomach ulcers and a low temperature. Sniff died shortly before midnight. We were planning to go see him the next day, and we thought that we’d be able to hold him at least one more time. Annie was even holding out hope that he’d bounce back and recover. It wasn’t meant to be.

On Saturday, we went back to the animal hospital to pick up Sniff’s body. Annie held him in her arms all the way home. We held a funeral in Sniff’s room. I said my Catholic prayers, and Annie said her Buddhist prayers. As before with Munch, we buried Sniff in the backyard, under a new rosebush just a few feet away from his brother.

Annie still goes up to turn the light on in his room when the sun goes down. Most of Sniff’s things are still where they’ve always been. It’s hard to break routine. We still half expect to see him hop over to the master bedroom, or to open his door and see him lying down in his usual spot on the carpet. We told Tanya that Sniff is in bunny heaven, reunited with Munch. 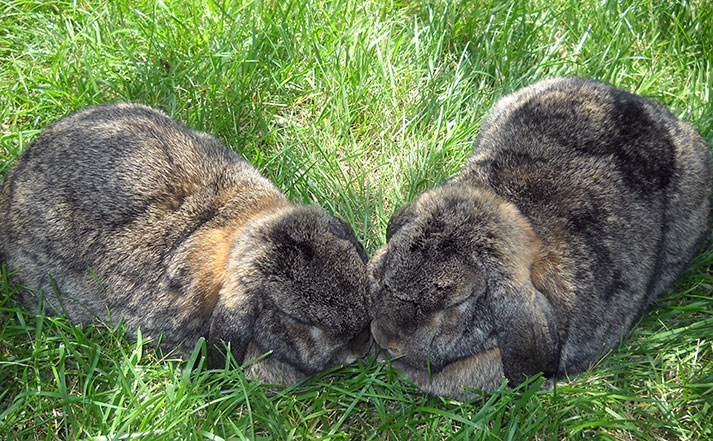 July 2011: Sniff and Munch, sniffing each other.

This entry was posted on Tuesday, September 6th, 2016 at 12:14 am and is filed under animals, death, happenings. You can follow any responses to this entry through the RSS 2.0 feed. Both comments and pings are currently closed. 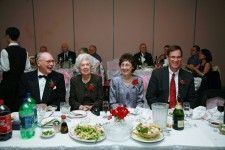