Streaming audio for the masses

While the sad state of radio held a mostly bleak outlook on traditional radio formats, this post provides some examples of where to turn for quality streaming audio.

As many may know, I spend an inordinate amount of time in front of a computer monitor. By choice. When I’m not shuffling through my ever-burgeoning song file collection (currently at 11,400+) or listing to talk shows, I’m usually tuned in to one of the following stations:

This entry was posted on Friday, April 3rd, 2009 at 2:19 pm and is filed under music. You can follow any responses to this entry through the RSS 2.0 feed. Both comments and pings are currently closed. 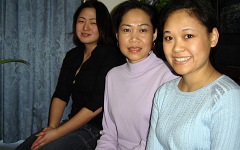