Being a snob, it was only a matter of time before this list surfaced. Enjoy.

The way that incredible technology always seems to be 2 or 3 years away from implementation or cost-effectiveness through mass production. Think mainstream electric cars, LED lighting, OLED display panels, super-efficient solar panels, SSD, or basically any improvement that promises to cut energy usage “in half.”

The subtle adverts that Quicken puts in its software — software that I’ve paid for, I might add.

The seeming inability to change the color of unread messages in Lotus Notes 6.5.1. It’s a bright fire-engine red. I just know that this must be having a detrimental psychological effect on me.

The over-reaching scope of the US Federal government. The apparent inability of the government to stop taxing, regulating, and subsidizing once precedents have been set. For instance, subsidization of corn and excessive taxation of diesel fuel.

Studies that reveal that many Americans can’t name the three branches of government, identify a single Supreme Court justice, or point to a well-known country on a map.

The tendency for people to vote for a candidate for non-political reasons, as such historicity, popularity, stage presence, or charm. 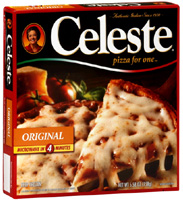 My inability to ingest spicy hot foods without having an acute attack of the hiccups.

Being expected to laugh or smile at jokes that just aren’t funny.

Having to resist the urge to say “I shouldn’t have to tell you more than once!” when playing volleyball.

Annie’s camera shyness. This is especially cruel, considering that she’s the most beautiful woman since at least the fall of Constantinople in 1453.

Loud talkers with nothing to say.

The inevitability of the aging process.

This entry was posted on Friday, March 27th, 2009 at 2:16 pm and is filed under fitness, food, introspection, politics, technology. You can follow any responses to this entry through the RSS 2.0 feed. Both comments and pings are currently closed. 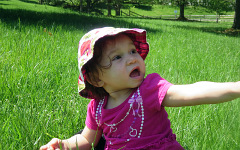