Asa weighs in again on the future of IE6 usage:

In just a few months, we’re going to see IE users split across three versions, likely with IE8 and IE7 each holding about 25% and IE6 holding about 15%. Firefox will have pretty much all of its 24% on Firefox 3.0, and Safari will be trailing back around 10%.

If things go as they have in the past, by the end of this year, we’re likely to see IE8 and Firefox 3.5 leading the Web with 30% and 27% respectively, IE7 and IE6 next with about 10-15 points each, and Safari+Chrome+Opera rounding out the back with a combined 10-15%.

Hmm. I’m actually expecting IE6 to be borderline edge-case by Christmas and near-death by June of next year. In addition to the effect of Windows Update, there are many corporations (and government agencies) that are waiting to leapfrog over Vista when Windows 7 drops. This will exacerbate the demise of IE6, but won’t effect IE7 to the same degree. So, I see a greater end-of-year disparity between IE6 and IE7.

This entry was posted on Saturday, April 18th, 2009 at 12:38 am and is filed under technology. You can follow any responses to this entry through the RSS 2.0 feed. Both comments and pings are currently closed. 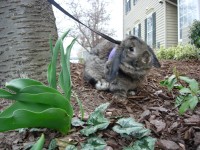