Lately, I’ve been wondering to what extent my political worldview was influenced by my parents and my environment when I was a child. Are my beliefs truly my own? Or am I simply regurgitating what I happened to soak in during my formative years? The same set of questions can be asked of anyone with political opinions: is what you believe truly “original”?

I see three possible outcomes, with the first two being the most likely:

This entry was posted on Tuesday, July 1st, 2008 at 10:44 pm and is filed under introspection, politics. You can follow any responses to this entry through the RSS 2.0 feed. Both comments and pings are currently closed.

One Response to “Our political environments” 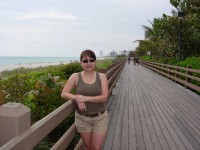