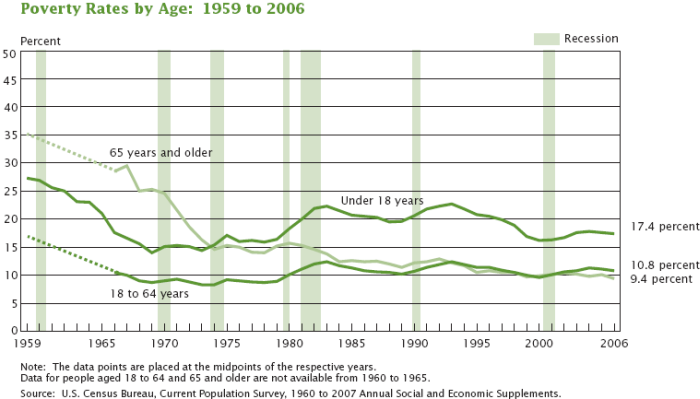 Put an end to senior citizen discounts. You read that correctly. No more 1/2 off breakfast platters at Denny’s and IHOP. No more $3 off movie tickets. No more discounted hotel rooms or plane rides.

The myth that seniors fall into poverty when they retire couldn’t be further from the truth, as a visit to the Census Bureau website will attest. In 2006, the percentage of seniors (those over 64) in poverty was a mere 9.4% — about 25% less than the national average. Minors (those under 18) were almost twice as likely to be in poverty, with a rate of 17.4%.

If an establishment must discriminate based on age, a “minor discount” or “under-18 discount” would be the most logical, as that age group has the highest levels of poverty. 45 years ago, though, seniors were the ones suffering the most. Sadly, they are still stuck with that reputation.

This entry was posted on Thursday, December 27th, 2007 at 5:02 pm and is filed under politics, random. You can follow any responses to this entry through the RSS 2.0 feed. Both comments and pings are currently closed.

« Curious George is not actually a monkey
Blu-ray on top » 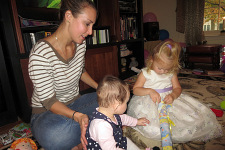