I couldn’t be happier that Warner studios decided last week to release it’s high-definition discs exclusively in the blu-ray format beginning in June. While blu-ray had been slowly gaining an edge in the format war between rival HD DVD, the Warner decision will no doubt speed up HD DVD’s demise. There are talks that Universal and Paramount studios — the only two studios not currently pledged to blu-ray — may soon break ranks and support blu. That would definitely be the last nail in the fat lady’s coffin, so to speak.

All this good news couldn’t have come at a better time for me. Just two days before Warner’s announcement, I went hog-wild at an Amazon buy-one-get-one-free sale, ultimately purchasing 19 discs in a stunning display of consumer gluttony. I have a feeling that I’ll be upgrading most of my current DVD collection this year.

This entry was posted on Friday, January 11th, 2008 at 10:36 pm and is filed under movies, technology. You can follow any responses to this entry through the RSS 2.0 feed. Both comments and pings are currently closed. 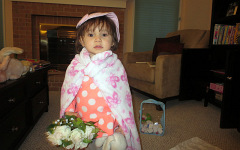