The Smashing Pumpkins’ “Bodies” – from Mellon Collie and the Infinite Sadness – has got to be one of the more underappreciated songs by the band. The song opens to a tolerable amount of art-noise but quickly gathers speed as Iha’s guitar riffs break through.

Chamberlain’s drumming is top notch as usual, but it’s Billy Corgan’s vocal workout that really defines the song. He alternates from his trademark whine on the verses to a controlled roar on the two choruses (which take part on independent melodies): “But no bodies ever knew” … “Love is suicide”. The latter appears on a strategically placed break, in which Corgan sings over a bed of double or triple tracked (and out of phase) voices droning the words deny, decide, destroy, disobey, disguise. I sense not rage in his words, but acceptance or resolution. Then again, the uncharacteristic guitar chord on the fadeout adds a pinch of discontent.

They could have brought the vocal levels up just a tad and made this a single. Easily.

This entry was posted on Friday, July 7th, 2006 at 10:26 pm and is filed under music. You can follow any responses to this entry through the RSS 2.0 feed. Both comments and pings are currently closed. 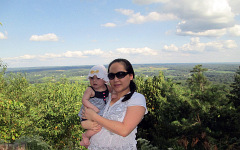