Many of Jesus’ disciples were eventually put to death for preaching the gospel after Christ’s resurrection. They were willing to die spreading His word. Something of enormous importance must have happened after Christ’s death. One could hypothesize that the disciples would have gone back to being fishermen and carpenters had Jesus not rose from the grave and appeared in the flesh to them.

This entry was posted on Monday, August 8th, 2005 at 6:02 pm and is filed under death, religion. You can follow any responses to this entry through the RSS 2.0 feed. Both comments and pings are currently closed.

« Jesus and Jewish law
The ideal of jihad has been corrupted » 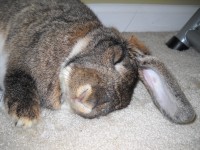