Archive for the 'movies' category

I wonder if sometimes my standards are set to high. Do I expect too much from people? Was it wrong for me to veto a rental of The 40-Year-Old-Virgin because the movie was rated Morally Offensive by the United States Catholic Conference of Bishops? Granted, I probably would have vetoed it even if it hadn’t achieved such status.

Posted in movies, religion | Comments Off

Freaked me out: I got home from the latest and final Star Wars installment to find a message from Verizon spokesman James Earl Jones on my answering machine. :-)

Posted in movies, random | Comments Off

What a difference five days can make. Up until last night, I’d been completely cynical about the state of the movie industry in 2005. Some friends of mine wanted to go out to the movies, to see nothing in particular. I suggested Kung Fu Hustle and it turned out to be astoundingly good. It started out as almost noir-ish, but quickly progressed into a surreal, heavily styled comedy. It wasn’t a particularly “smart” movie, and it never got pretentious. It’s in Mandarin (most likely) with English subtitles, but I found that for some scenes, I didn’t really need the subtitles to know what the actors were saying (as strange as that may seem).

War and Peace in progress

I’m still in the middle of watching War and Peace. I think one has a greater chance of completing a doctorate degree than of sitting through this entire movie on one’s own time.

Guess who won’t be seeing Guess Who

Ok, I know I haven’t updated my favorite movies for 2005 yet, but can someone give me one major-release movie from this year that is worth seeing? I used my veto power last month to prevent myself from sitting through Guess Who. The only two movies I wouldn’t mind seeing now are Millions and Downfall. 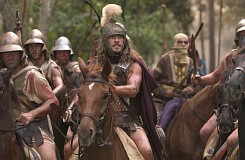 Alexander was bad — in a stomach-churning sort of bad. In a “glancing at watch every five minutes” sort of bad. As of today, it’s garnered a cumulative 14% rating from 118 professional reviewers. But hey, don’t let that keep you from seeing it.. ..I think I’m going to write to director and co-writer Oliver Stone and personally request that he refund my $9.00. There were four minutes of great footage in this 3-hour train wreck of a movie. Save yourself and rent Troy instead!

You could literally chop Alexander up into six 30-minute blocks, reassemble it at random, and the movie would make the exact same amount of sense (i.e. none). — Scott Weinberg, efilmcritic.com

In other news, today is the first anniversary of the last time I set foot in a McDonalds restaurant or ate their food! Watching Super Size Me over the summer really cemented my opinion of their food, but I had been a fast food skeptic long before then. I plan on avoiding McDonalds (and the like) indefinitely.

Posted in food, movies | Comments Off 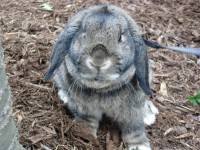