We are entering a convergence of sorts, with the Big Three (IE7, IE8, Firefox 3.5) edging closer and closer together and with none garnering more than 25% of the total market share. It is entirely possible that Firefox 3.5 will be the most-used browser come November (or at least in a statistical tie). When combined, the Firefox 3.x releases have been the top browser since July.

On October 4, Internet Explorer 6 — for the first time — fell below the latest version of Safari. Expect another month or so before Safari 4 bests IE6 on the weekly average. I stand by my my earlier prognostications regarding IE6. However, here at work, support for IE6 will end “when it ends.”

I see only positive growth ahead for Google Chrome. It’s not a stretch to predict a 5% share by the end of the year. What I’m most enamored with is Chrome’s seamless update system: version 2 lasted for a mere 15 weeks before it was supplanted by version 3 last month. Version 2 now composes only 2% (!) of Chrome usage. By comparison, IE6, despite having been supplanted nearly three years ago by IE7 (and now IE8), still composes about 15% of IE usage.

This entry was posted on Thursday, October 8th, 2009 at 10:22 am and is filed under technology. You can follow any responses to this entry through the RSS 2.0 feed. Both comments and pings are currently closed. 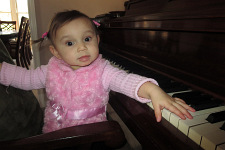