One of the benefits of having a sprawling collection of CDs and records is that I’ve found myself rediscovering albums and songs that had long been lost in the milieu. If I were to spend, for instance, one hour a day listening to my collection, I could go over three and a half years and never play the same disc or record twice. So naturally, albums get lost in the shuffle. A few have never gotten even as much as a cursory spin. 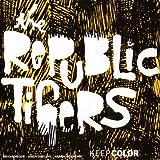 Certain events tend to spark rediscoveries: magazine articles, books, random radio commentary and NPR music “filler” inserts, conversation, even music itself. At the Travis concert last night, the opening band, The Republic Tigers, did a cover version of Blondie’s “Heart of Glass”. Needless to say, they absolutely nailed it. For a fleeting moment, Kenn Jankowski’s garish falsetto, Marc Pepperman’s bass (with its disco chord progressions) and Adam McGill’s punchy New Wave guitar elevated Blondie to genius level. As a result, this weekend, I will probably dig out my old Blondie LPs (starting with Parallel Lines) — albums I most likely haven’t played in over a decade.

Another recent example involves English dream-pop group The Sundays and, to a lesser extent, Irish band The Cranberries. Somehow, through the course of events, I found myself the owner of two Sundays albums, despite not having a particular reason to purchase them. I had a vague impression that their sound was similar to the Cranberries, but that was the extent of my knowledge. I had held onto those albums for years, without really playing them. They just sort of sat there. Recently, though, I happened to play them and enjoyed them immensely. It was as if, when I originally purchased the albums, I wasn’t yet “ready.” Now, after having listened to them again recently, the albums hold much more value to me.

It’s the same feeling one gets upon learning that a long-held stock is suddenly now paying a handsome dividend. The investments that I made ten years ago are just now paying off. And I can’t wait to find out what other treasures are hiding in my living room.

This entry was posted on Friday, April 24th, 2009 at 3:57 pm and is filed under music. You can follow any responses to this entry through the RSS 2.0 feed. Both comments and pings are currently closed. 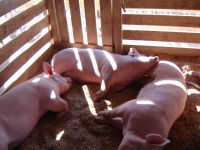