Peering into the flask 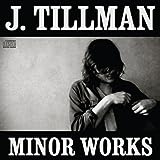 I recently discovered that former schoolmate Josh Tillman now has a Wikipedia entry — it was created shortly after he performed at the Sasquatch Music Festival and joined Fleet Foxes as their drummer. It got me thinking about the various levels of interconnectedness that many esteemed Pacific Northwest indie bands and artists share.

Let’s start with Pedro the Lion, a band that utilized many musicians, both on stage and in the studio. Nearly two-dozen musicians are known to have performed in some capacity with the band. Many of these musicians, in turn, belong to other bands or have side projects of their own. While the list is not conclusive, the homogeneity of it all is still astounding. For instance, three members are now with Fleet Foxes. Four members have been associated with the band Headphones. Incredibly, five members have been associated with Crystal Skulls. Four have seen tenure in the band Seldom. Two a piece with Damien Jurado, Denison Witmer, and The Soft Drugs. I could go on.

It’s as if the indie rock culture in the Pacific Northwest is just that: an “active culture” with molecules constantly splitting apart, multiplying, and fusing together.

This entry was posted on Tuesday, December 30th, 2008 at 4:27 pm and is filed under music. You can follow any responses to this entry through the RSS 2.0 feed. Both comments and pings are currently closed.

« Subaru’s welcome party
A good year for the Moz » 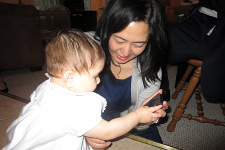