This could be you

The music world is now almost a decade removed from the pop-punk, “alternative”, and mainstream grunge of the ’90s. With that in mind, Virginia outfit No Compromise adds a healthy dose of nostalgia to both their live shows and their latest release, This Could Be You.

No Compromise is a classic rock band, in the loosest sense of the phrase. This Could Be You builds on that reputation, compressing the best of ’90s rock into seven tracks, while still managing to sound fresh. Standout track “Whatever It Takes” is full-on 1994/95-era Foo Fighters with scalpel-sharp guitar work from Jack Kwait-Blank and enough energy to tide them over for the rest of the album. Lead single “Love, Myself” is catchy and works in part because of a two-part harmony that pops up in a couple of places. Additionally, listen for it in the chorus of last year’s “Seams So Seamless”. It sounds appealing, but is vastly underutilized. 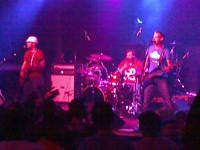 Their overall sound is pleasing. Think of a downtuned, grungier Jimmy Eat World without Auto-Tune, circa 2000. Altogether radio-friendly, the band takes another step forward, production-wise, with keyboards on “Rain Over Washington” and “The Only One Left” and subtle vocal effects (and perhaps double-tracking?) on the plodding “Cybernoia”. In the right hands, the track “Restless” could have hypothetically devolved into an all-out hardcore grungefest the likes of which Korn has never heard. If NoCo gets picked up by a label, I wouldn’t be surprised if “Restless” gets a makeover.

No Compromise played the State Theatre in Falls Church, VA last night and the relatively high quality of the venue’s PA system really “opened up” NoCo’s sound, as if a layer of dust had been squeegeed off. The trio fit in quite nicely alongside unsigned group Redshift and established local band The Blackjacks. Again, Jack Kwait-Blank’s versatile guitar work anchored the performance — at times channeling Billy Corgan, at other times even Dave Grohl or Al Pitrelli — sometimes all within the same song. William Bowen pounded the drums with a style that, for some reason, reminded me of Slowhand. The sticks appeared to be hitting the skins just in the nick of time. Thrilling to watch, to say the least. Bassist and lead singer Justin Fry was energetic and employed fuzz effects at times, essentially playing rhythm during Kwait-Blank’s solos. Or perhaps it was just my imagination.

This entry was posted on Saturday, July 12th, 2008 at 9:57 pm and is filed under music. You can follow any responses to this entry through the RSS 2.0 feed. Both comments and pings are currently closed.

One Response to “This could be you” 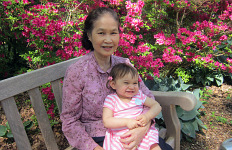