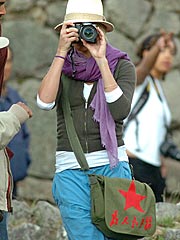 What really gets my blood boiling these days is the “Communist chic”, especially on clothing and apparel. Why has the wearing of the Soviet hammer and sickle, the red star (of both the USSR and China), or images of Che Guevara, Marx, or Mao become stylish?

And what of living conditions of the survivors?

Throw in chronic political oppression, slave labor, and a basic lack of human rights (including fundamental property rights) and suddenly celebrities, actors, musicians, and Middle America are clamoring to be seen in Communist-themed apparel. Am I missing something here?

I’ve seen images of popular musicians and even television personalities wearing Communist-flavored shirts and hats; for the most part, there is no outrage! These people are subsequently lauded and with no mention of their disgusting logos.

Imagine, for a moment, if a celebrity were to wear, say, a Nazi or Hitler-themed shirt or logo. Remember that Nazi Germany was responsible for the deaths of over 20,000,000 people — a number that almost pales in comparison with Communism. This Nazi-logo sporting celebrity would be instantly vilified and his career would be essentially over. Well-meaning people would discuss his sanity (a-la Charles Manson). Yet if that same person were to wear a hammer and sickle shirt, replete with red star and perhaps a Fidel Castro-style hat, he would be seen as yet another rational, sensitive, well-meaning liberal. Unbelievable.

This entry was posted on Tuesday, June 26th, 2007 at 10:49 am and is filed under death, politics. You can follow any responses to this entry through the RSS 2.0 feed. Both comments and pings are currently closed. 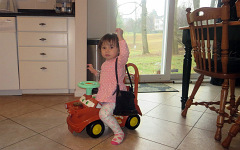