Pet Sounds, the Beach Boys, and the Slow Burn 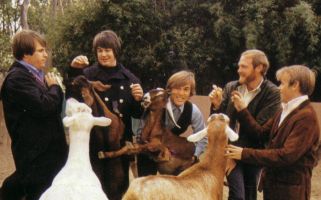 I purchased an old LP of Pet Sounds in the mid Nineties. By then, my infatuation with the Beach Boys’ music had ended, and I was but a casual fan. I played it, recognizing a couple of tracks from a mix tape that my uncle had made me. The rest of the album, I thought, was boring and disposable. It was too “mature” for me at the time. Consider this from Lindsey Buckingham:

The first time I heard Pet Sounds, I have to admit that I did a little bit of knee-jerk in the same way probably the record company and some other people did because it wasn’t as accessible as Brian’s songwriting approach had been up to that time. I’m not sure I fully appreciated that until years later, I started making records myself.

Over the next few years, I collected a couple more Beach Boys LPs, not seeing anything special in them. But in 2000, a music course at Montgomery College changed all of that. A teacher by the name of Roy Harris turned me on to their music again, and suddenly, I couldn’t stop listening. The Beach Boys albums in my collection were good, but they weren’t enough. To make a long story short, I bought their entire back catalog, as Capitol Records was conveniently in the midst of a Beach Boys reissue campaign.

After I exhausted that avenue, I turned my gaze onto bootlegs and oddities. A capella tracks. Studio rehearsals. Demos. Backing tracks. Live performances. Live rehearsals. Outtakes. Alternate mixes. Remixes. Tribute albums. Solo albums. DVDs. Books. When the dust finally cleared, the Beach Boys comprised about 14% of my record and cd collection, which is saying something, as I have close to 1200. But I digress.

Up until rediscovering the Beach Boys in 2000, I had no musical identity. I didn’t really know what I liked, and I was oblivious to what I was missing. A year or so later, I remember telling myself that “this band will be my favorite for the rest of my life. This is something that I know.” I am just as certain of this today. In a sense, I can liken this connection to my marriage — or to my religion. There’s a comfort in knowing that you’re done searching — you can simply sit back and enjoy what you have. It was as if I had found something of great value — something I could cherish and never let go of.

While my affinity for music in general means that I will never tire of seeking out new bands and new sounds, I can be confident that I will never find another band like the Beach Boys. Some bands may be more technically proficient. Some may be more savvy in the studio, or with the press. Others may win more awards. But the Beach Boys have the right mix of just about everything: Americana. Timeless, universal (if at times corny) lyrics. A studio genius (leader Brian Wilson) who wrote, arranged, produced, mixed, and sang (with perfect pitch). Equal parts hip and square. Girls, fun, sun, cars. Spirit. A trio of brothers, a cousin, and a childhood friend who formed the bedrock for quite possibly the best rock harmonies ever recorded.

Needless to say, that old Pet Sounds LP has grown on me. The songs have sustained me in times of happiness and soothed me in times of sadness and grief. It has become more than just an album — Pet Sounds and other Beach Boys songs from that period transcend the musical passages that they are and have become something else entirely. Something rich. Something that I may never fully understand.

“How deep is the ocean?”

This entry was posted on Friday, January 12th, 2007 at 11:06 pm and is filed under introspection, music. You can follow any responses to this entry through the RSS 2.0 feed. Both comments and pings are currently closed.

« Saddam and Tookie
The new Phantom » 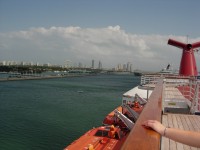