So Saddam’s execution is imminent after two and a half years of trials and less than thirty days after his appeal was rejected by Iraq’s highest appeals court. Contrast the efficiency of the Iraqi Criminal Tribunal with that of the California court system, which took over 26 years to execute that shred of human debris Tookie Williams.

This entry was posted on Friday, December 29th, 2006 at 1:45 pm and is filed under death, politics. You can follow any responses to this entry through the RSS 2.0 feed. Both comments and pings are currently closed.

« Better late than never
Pet Sounds, the Beach Boys, and the Slow Burn » 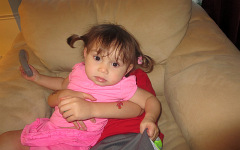