Of falling furniture and crude oil

I read a report recently that conveyed concern over the number of children that are injured or die due to falling TVs and TV stands. Pier 1 has even recalled an item after one Canadian child died after leaning on the open drawer of the TV stand. One child.

Try this lecturing on for size:

… The CPSC also advises keeping your TV as far back as possible on its stand. Make sure the stand itself, whether it’s a bookshelf, dresser or armoire — is stable itself. If possible, anchor it to the wall or floor.

Keep all electrical cords out of a child’s reach. Also, don’t give your kids a reason to climb the furniture.

“Avoid putting on top of TV sets or other pieces of furniture, items that could tempt a child to climb, such as a remote control or a toy,” advises Nord.

I know most of this is just common sense and goes without saying. Perhaps we can use this “crisis” as an opportunity to impart to our children a basic knowledge of classical mechanics. If ten deaths a year is to be considered a crisis, what word can be used to explain the early deaths brought on by nicotine, saturated fats, and the like?

CNN’s Bill Schneider recently claimed that lower oil prices could be the result of a conspiracy by Big Oil to help Republicans in upcoming midterms. Wha? Yet, just a few months ago, conspiracy theorists claimed that Big Oil colluded to jack up prices at the pump. So, regardless of if prices rise or fall, Big Oil is out to get you.

What have we learned today? Regardless of the price trend of crude oil, inflation is imminent and Big Oil is conspiring against you. Oh, and your TV wants you dead.

This entry was posted on Wednesday, September 20th, 2006 at 10:21 am and is filed under death, money, politics. You can follow any responses to this entry through the RSS 2.0 feed. Both comments and pings are currently closed. 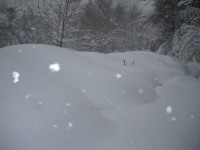