I recently subscribed to Paste Magazine after having received three complimentary issues. I was hooked. Paste doesn’t patronize or appeal to the lowest common denominator. Women are not portrayed as merely objects. Artists are judged according to merit and talent — not good looks or connections. All bi-monthly issues come with either a free CD, DVD, or both. And these aren’t your average “sampler” discs. The CDs are packed with over twenty full songs, and the DVDs have over two hours of full music videos, short films, previews, et cetera. At $3.75 an issue, it’s a steal. And Paste manages to do all of this without selling out or being pretentious.

When I subscribed, I noticed that there was a gap in my issues — for some reason I hadn’t received Issue 20. I contacted Paste and asked them as much; they said I had probably subscribed a bit too late to receive Issue 20. Nevertheless, they sent me my missing issue, no questions asked. I was very impressed with their service, to say the least. As readership in Paste increases, I’m hoping that the magazine dubbed the “anti-Rolling Stone” will not succumb to pressures to evolve into what it originally set out to distinguish itself from. Please no.

This entry was posted on Saturday, April 22nd, 2006 at 10:46 pm and is filed under movies, music. You can follow any responses to this entry through the RSS 2.0 feed. Both comments and pings are currently closed.

« Why not the Pesach blood as well?
The cost of staying in shape » 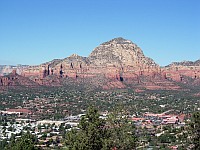