Archive for the 'happenings' category

Last Saturday, Annie and I (along with Ray) emptied the living room of the furniture that — according to a reliable source — could have been on the set of That 70s Show. Seriously, the couch and matching chair were about as old as my parents, and have been in the family for as long. We hauled them to my uncle’s garage and then proceeded to pick up some newish furniture that a real estate agent had alerted us to. The coffee table looks like marble, and as such, appears to weigh 400 lbs. The entire setup is definitely an improvement. All I have to do is get a nice widescreen TV and we can start having decent parties.

I moved into a new office today, albeit temporarily. It’s an attractive location, as the building has direct access to the L’Enfant station. My cube is about 100 feet away from a US Post Office. Dry cleaners? Around 60 feet. Espresso bar? 100 feet. McDonalds? 200 feet or so. Okay, so the last one isn’t really a factor, considering my long-standing aversion to McDonald’s food. 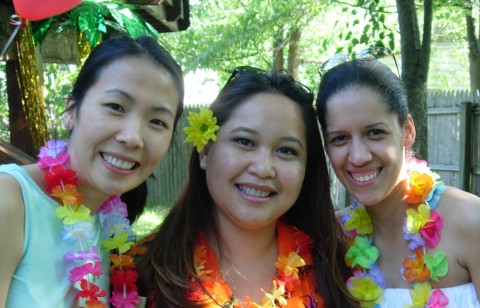 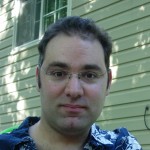 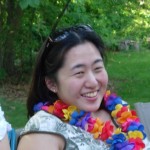 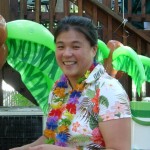 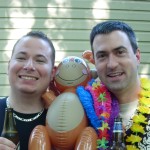 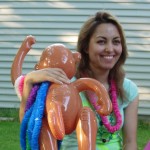 Yes, I know this is a few weeks late, but better late than never. Here are a few of pictures from Miko and Garin’s engagement party (28 May 2006). Funny, I couldn’t even find a single decent picture of both Miko and Garin.

I purchased a Dell Dimension L933-r yesterday off of craigslist for Annie. It’s now sitting next to my newish Dimension E510 and has a fresh install of XP Professional, a measly 930 MHZ processor, and a soon-to-be-upgraded 128 meg of RAM. But for just surfing the Internet and writing the occasional document, this box will more than suffice for her. It’s replacing our old 450 MHZ Dell, which will officially be put out to pasture as soon as I plunder the memory I added to it a while back. 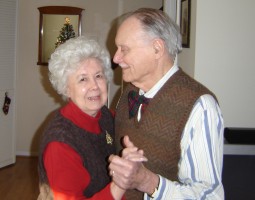 My grandparents came over for lunch today. After I put on an old Herb Alpert record, they spontaneously got up and started dancing. 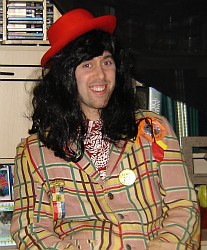 I’m probably going to change my mind and remove this picture, so enjoy it while you can.

While some guests at the party actually had the gall to recycle their costumes from last year, Annie and I were determined to be original. She went as a “bridal shower” and wore her tiara and veil along with a poofy bathrobe. I told her beforehand, “Annie, no one’s going to know what you are unless you tell them!” Sure enough…

Someone came as a deviled egg — a gigantic egg costume with red horns and a pitchfork — very clever. A black wig got passed around — and I happened to be near a camera when I embellished my costume with it. 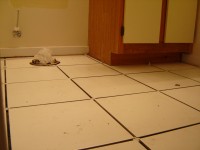 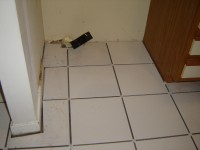 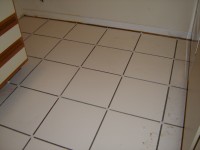 I took off the entire day today to oversee the installation of new ceramic tile in my kitchen and bathroom. Over the weekend, my dad and Annie came over and helped me scrape up the old vinyl flooring. What a pain! It was worth it though, because it was old, yellowed, stained, and ugly. Good riddance.

The workers are coming back on Tuesday to do the grouting, put the bathroom door back on, move the appliances, et cetera.

When the Levee Breaks

Oh, the irony: so I’m cruising down the road in my $3.79 gas blasting Led Zeppelin’s “When the Levee Breaks” with nary a care. A sampling of the eerie lyrics:

…If it keeps on rainin’, levee’s goin’ to break,
When the levee breaks I’ll have no place to stay.
…Don’t it make you feel bad
When you’re tryin’ to find your way home,
You don’t know which way to go?
If you’re goin’ down south
They go no work to do
…
Cryin’ won’t help you, prayin’ won’t do you no good,
When the levee breaks, Mama, you got to move.
All last night sat on the levee and moaned,
Thinkin’ ’bout me baby and my happy home.
…
Going down, going down now, going down.

Posted in happenings, music | Comments Off

Yesterday I went to the Montgomery County Waste Transfer Station and recycled an old computer of mine. Old as in 1992. It held some sentimental value to me, as it was the first computer on which I connected to the Internet. *Sniff* It had a 2400 baud modem, a 200mb hard drive and a 33mhz processor. Excuse me while I go get a tissue.

There was a huge pile of old computers and accessories. I was scavenging around for PC100 memory when Annie noticed a sign that said “Scavenging is strictly prohibited.” Hrmph. Too bad. This afternoon, I noticed a computer outside one of my condominium complex’s trash rooms. The tower must have been about two feet high. A monster. I opened the case to find that someone had already cannibalized the memory. Hmm. There was another smaller tower next to it and a 64mb PC100 memory chip was still intact! I took it out, brought it home, and installed it. Bingo! I now have 160mb, a 66% improvement over the embarrassingly low 96mb I had previously. 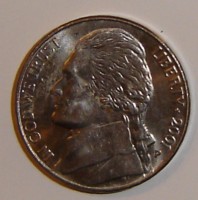 I opened my mail today and discovered something from my phone company. They were offering a five-cent/minute long distance deal, but something wasn’t quite right about the nickel they depicted on the ad. Sure enough, I got a real nickel and compared the text. A real nickel says “IN GOD WE TRUST” left of Jefferson’s image. Verizon’s nickel says “FIVE CENTS”, as if a true depiction of US currency is somehow offensive. I also find it strange that they didn’t just put the word “Liberty” to the left of Jefferson’s image, as it appears on his right side on the real nickel. Maybe Verizon thought its customers wouldn’t get the connection between a round coin with Jefferson’s face on it and the “five cents/minute deal”, thus the explicit mention of “FIVE CENTS.” 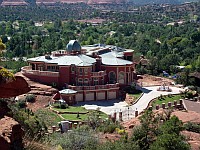