The sad state of radio

It’s unfortunate that artists — such as Van Morrison or Otis Redding — have been reduced to three-minute “career-defining” songs. I’m thinking about “Brown Eyed Girl” and “(Sittin’ On) The Dock of the Bay”, respectively. You’d think that Morrison and Redding recorded only one song a piece, if radio play is any indication. Even obvious alternate tracks, such as “Domino” or, say, “I’ve Been Loving You Too Long” are rarely heard. In fact, I’ve never heard “I’ve Been Loving You Too Long” on the radio. Ever.

I can certainly provide similar examples for other artists that have been given short shrift. Even mainstream artists with substantial back catalogs — such as Eagles, The Doors, or even U2 or The Rolling Stones — are reduced to an EP’s worth of sound, and played over and over.

Stations such as the Jack FM brand tried to buck that trend, with playlists that in many cases doubled the number of songs that a traditional radio station would have. Their strategy was to recapture an audience that they were losing to the iPod Shuffle crowd. The eclecticism of their mix is an indication that eclecticism itself is the rule, rather than the exception. Jack FM’s intentions are noble, but their “expanded” playlist is still paltry compared to what many people have on their portable music players or computers. 1,000 songs? Ha!

The whole idea of listening to the radio (other than talk shows and news) is becoming foreign to me. Radio was appealing when my personal music collection was small; it influenced my tastes and guided many purchases. Today, not so such. Quality free-form terrestrial radio stations are few and far between; in fact, I can think of only two examples in the United States. KEXP and WFMU, I’m looking at you.

This entry was posted on Tuesday, January 6th, 2009 at 2:05 pm and is filed under music. You can follow any responses to this entry through the RSS 2.0 feed. Both comments and pings are currently closed. 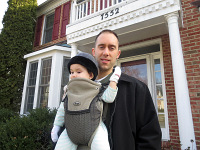