My City Was Gone 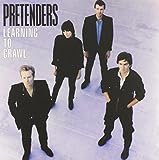 The Pretenders’ “My City Was Gone“, known as the bumper music with the killer bass line on Rush Limbaugh’s radio show, has typically been viewed as a protest song: focused on then-president Ronald Reagan’s economic policies. Between the lines, Pretenders’ singer Chrissie Hynde argues that Reagan’s policies (the “government”) contributed to the mall culture in middle America — whereby bedroom communities and open spaces are replaced with big box stores, fast food joints, off-ramps, and strip malls. While there is some validity in protesting against the homogenization of American culture, Hynde’s anger may have been misdirected. Let’s examine if Reagan could have contributed to the injustices that Hynde rails against:

The Budget process of the United States government states that the president shall submit a budget proposal to congress, who will then approve and/or modify the proposal. Reagan’s first budget request was for fiscal year 1982, which started on October 1, 1981.

Since “My City Was Gone” first appeared on wax in October 1982, Hynde only had a small window by which to pen the supposedly anti-Reagan lyrics. Reagan didn’t even take office until January 1981, and his budget wasn’t effective until October of that year. I seriously question the influence that Reagan (and the gridlocked 97th congress) had on new construction contracts in Akron, Ohio between October 1981 and the day that Hynde wrote “My City Was Gone”. For the sake of argument, let’s say spring 1982, although it could have been much earlier. Various sources indicate that the song was written before the death of The Pretenders’ guitarist James Honeyman-Scott which occurred in June of 1982.

In reality, Hynde is lamenting that her Ohio isn’t the Ohio she knew when she was younger. In a perfect world, there should have been a moratorium on all real estate development in Akron, Ohio in 1973 — the year Hynde left for London. It’s becoming apparent that Hynde is railing not only against development and change, but against capitalism and the market economy itself.

This entry was posted on Tuesday, June 3rd, 2008 at 4:21 pm and is filed under music, politics. You can follow any responses to this entry through the RSS 2.0 feed. Both comments and pings are currently closed.

« A Certain Confluence of Situations
This post best viewed… »