No doubt this topic has been covered before, but I’d like to delve into the semantics of Microsoft’s “Favorites” versus Netscape’s, Opera’s, Mozilla’s, and Apple’s “Bookmarks”. Despite Microsoft having used the name “Favorites” since 1995 — practically the fledgling days of the web — it never really caught on with the masses. The word just sounded clunky as a verb; people continued to use the verb “bookmark” long after they had dumped Mosaic and Netscape and embraced Internet Explorer en masse.

“Bookmarks” is elegant and descriptive in its specificity. The feature is implicitly defined by our prior knowledge of what an actual bookmark does. “Favorites” is bland and doesn’t really define the feature or what it does. “…a favorite what?”

I find it mildly disconcerting that the sites I happen to save within Microsoft Internet Explorer aren’t necessarily my favorite sites, yet the browser deems them as such. The nerve!

This entry was posted on Wednesday, September 5th, 2007 at 3:52 pm and is filed under language, technology. You can follow any responses to this entry through the RSS 2.0 feed. Both comments and pings are currently closed. 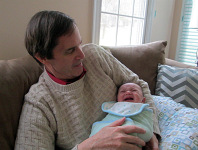