I found this blurb in a discussion group, so I thought I’d share my comments.

The 2000 presidential election was a good test for our democracy. The country is becoming more and more diverse. With each day more come in, thus increasing the diversity. Diversity of culture is not bad. It is the diversity of political beliefs that cause the problems. When diversity reaches all times high little to none are pleased.

Perhaps the term “polarization” was the term you meant to use. Some are of the belief that our nation is politically polarized like never before, with liberals and conservatives perpetually fighting each other. Yet razor-thin popular vote margins — such as what Florida experienced in 2000 — are not necessarily the indicator of such polarization. It simply means that the two major political parties were about equally represented in the election. Correlatively, landslide victories, such as Reagan (1984), Nixon (1972), or Roosevelt (1932) do not necessarily ensure political peace and harmony. In fact, quite often the opposite is true.

I’m interested in your solution to your statement that the “diversity of political beliefs … cause the problems”. Would you prefer that everyone hold the same political beliefs? If this were so, by logical extension, there would be one political party, one presidential nominee on the ballot, et cetera.

This entry was posted on Friday, November 4th, 2005 at 11:42 pm and is filed under politics. You can follow any responses to this entry through the RSS 2.0 feed. Both comments and pings are currently closed. 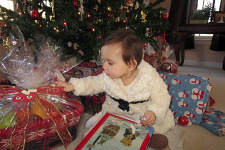