The blog is now where the action is.

Did you know? The Trash Can Sinatras' "Free Time" can be sung to the tune of Casiotone for the Painfully Alone's "Cold White Christmas"?

Grammatically, what do Nada Surf's "Neither Heaven Nor Space" and Paul McCartney's "Live and Let Die" have in common? Contact me with the correct answer and I'll send you a free Dana Key CD! 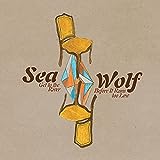 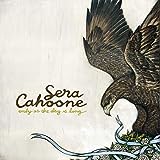 Left: The debut EP from Alex Brown Church, better known as Sea Wolf. The songs have a certain mystique about them, and Church's vocals are pleasing to the ears, if not a bit morose at times. Right: The latest album from country singer Sera Cahoone. When I say "country", it's more along the lines of Lucinda Williams than Shania Twain. Totally downtempo, with a healthy smattering of slide guitar. Her voice seems untrained and unfiltered — like an aspiring singer is performing in your kitchen. Only As the Day is Long marks Sera's first record for Sub Pop Records.

Brian Wilson is the man. The Beach Boys are without a doubt the band I know I will be listening to the rest of my life. Check out my Beach Boys/Beatles chronology.

Quasi-Christian indie rock band, recently disbanded. The musical accompanyment may be sparce and at times, somewhat crude, the lyrics pierce. Lead singer David Bazan is Pedro the Lion, and while the band name itself has been retired, Bazan will no doubt go on to even greater heights as a solo artist.

Weezer have been one of my favorites for years. Formed in California in 1992, they've recorded five albums for DGC/Interscope, From 2000 to 2005, they were constantly either touring or recording, a welcome change from their mostly unproductive years, 1997-1999. They released their first-ever DVD in March 2004. Check out all the similarities between Weezer and the Beach Boys.

Travis are the best thing to come out of Scotland since all-butter shortbread. Really, these guys are amazing – head and shoulders above most rock bands. Their latest debuted at #1 in the UK.

One of the bigger rock groups of the 1990s, The Pumpkins did it all: hard, thrashing rock, classic-influenced rock, alt-pop, acoustic ballads, drum machines, orchestras, piano, etc.

Liverpool foursome. Were big in the '60s.. had a lot of good songs. Check out my Beach Boys/Beatles song chronology.

Minnesota's finest. Their music can be described as perfect pop/rock. "Closing Time" and Feeling Strangely Fine brought them national attention in 1998. The album All About Chemistry was released March 2001.

Singer, poet, and actress. Jewel writes and sings convincing, emotional folk and pop songs that have helped ship over 15 million of her albums in the United States. As far as vocal quality is concerned, she's up there with the best.

"Oasis are, you know, the most important band in the world. D'ya know what I mean?"

UK duo, Tom Rowlands and Ed Simons. Theirs' is the dance music that the rock world lauds. 1999 album Surrender melds house, dance, trance, and techno and went to #1 in the UK. They've collaborated with Noel Gallagher, Richard Ashcroft, and Beth Orton (among others). Their latest album, We Are the Night, was released in 2007.

Some data courtesy of Billboard and Nielsen SoundScan reports.