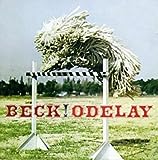 Someone sent me a comment through my contact form; unfortunately, I did not get his email address due to a programming error (which I have since fixed). He wanted me to shed some light on Odelay's explicit lyrics/artwork. So, Adam, if you're out there, here are my comments: Odelay finds Beck at his creative peak, and the overall aura of the album is "all in good fun". Despite intriguing and sinister song titles such as "Devil's Haircut", "The New Pollution", "Jack-Ass", and "Derelict", Beck doesn't curse and doesn't offend (unless you're looking to be offended). Two four-letter words pop up in "High 5 (Rock the Catskills)"; they appear to be uttered by someone other than Beck. "Lord Only Knows" is not about the Lord — it's simply a derivation of the common saying "heaven knows...". It's not insensitive, but it's not a song about God. Some of the artwork is indeed offensive to Christians, especially Catholics. The inner booklet has a picture of what appears to be an insect with a crown of thorns on its head and a scepter in its right hand. A pearl necklace (perhaps a rosary) is draped around its neck and yellow light is emanating from its body. Similarly, the back cover depicts an egg-shaped person kneeling in front of a table and holding a crucifix in his right hand and a rosary in his left hand. A distressed, frightened look graces his face. On the table are pieces of sausage, books, a skull, and an egg-beater.

Pedro the Lion: The Only Reason I Feel Secure 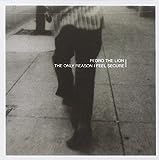 I've been listening to Pedro the Lion's The Only Reason I Feel Secure lately. It's weird because I don't usually get too enthusiastic about Christian artists. They're sort of a borderline Christian band — it's not blatent or preachy but many of their songs have positive Christian messages. They did a cover of 'Be Thou My Vision' and the sound is at once intimate, honest, confident, and solemn. Jaw-droppingly beautiful. Then there's 'Diamond Ring' At first, the listener believes he's hearing a song about unrequited love — a man trying to win the love of a woman and constantly getting turned down: '...I told you that I loved you from the start, but still you said no; you would not have me...' As the song progesses, the listener realizes that it's God speaking to the woman — not just another suitor. It's one of the sadder songs I've ever heard, but at the same time it lends insight into the emotions that God must go through everyday as He loves people unconditionally but gets denied their love in return. Upon listening to 'Diamond Ring', I immediately had to hear it again, in this new context. I guess Pedro the Lion thoroughly encapsulates the musical genre of emo. Think of them as a Christian Elliott Smith. Lead singer David Bazan sings as if he's praying. 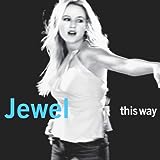 The release of This Way confirms Jewel's trending away from her folk-roots toward a more mainstream pop/rock. Jewel relies entirely on producers and session musicians for her studio tracks; the only songs on which she strums guitar are the live bonus tracks, "Sometimes It Be That Way", "Gray Matter" the latter of which is slow and touching — one of Jewel's better love songs. In 1999, Jewel expressed interest in recording country songs; "Cleveland" definitely has the 'country twang' and makes for a fine song. This Way's lyrics are spotty ("Jesus Loves You"), Dylanesque ("Love Me Just Leave Me Alone"), and at times, sacreligious ("Serve the Ego") when compared to her earlier efforts. "Serve the Ego" would sound better on a Madonna album, and seems out of place. A live orchestra plays on two songs, including the standout title track. Jewel's fall-from-grace lp.

Travis: The Man Who 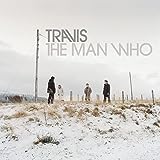 Travis is Radiohead perfected... The Man Who is straightforward, no BS rock 'n roll.. Listening to singer Fran Healy on "As You Are" is truely a sublime experience. The opener, "Writing to Reach You" has lush guitar work and killer hooks. Listen for the perfect harmonies (and soaring vocals) on "She's So Strange". Healy is incredible emotive and occasionaly sounds as if he's about to break down and cry (listen to "Slide Show" or "Luv"). Yes, Travis does come back for an encore: three bonus tracks hidden at the end. The Man Who is quite possibly the best album of the year.

The sounds, concepts, and situations surrounding Beck's Mutations, The Smashing Pumpkins' Adore, and R.E.M.'s Up are strikingly similar. All released in 1998, these three albums proved a departure for the former sounds of the respective bands. 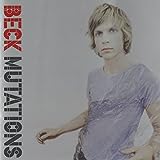 Mutations is, according to the artist, "space-folk" music. The album wasn't promoted and an official single wasn't released. Mutations found Beck performing lonely, yet sublime music. Check out the scales of "Dead Melodies" and the Indian sound of "Nobody's Fault but My Own". The low-key attitude of the album is a departure from his previous project, Odelay, wherein Beck established himself as a flashy, inventive performer/producer. 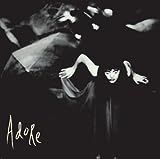 The Smashing Pumpkins' Adore is to the Nineties what Pet Sounds was to the Sixties: an immaculately produced and recorded concept album. The sounds are haunting and are perfect for dreary weather and drowsy eyes. 1997 saw the band without their drummer, so frontman Billy Corgan made do with drum machines and session players. The resulting material relied much more on synthesizers and less on guitars than their previous efforts. The keyboard, at one time an almost non-existant instrument on Pumpkins' albums, became the centerpiece for numerous songs — from the hypnotic piano line of "Blank Page" to the somewhat creepy synth of "Tear". 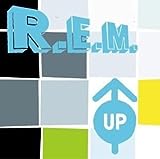 R.E.M.'s Up continues our trend. The album feels almost like a Michael Stipe solo album; the songs are personal and less vague than previous efforts. Up also happens to be the band's first record since the departure of their drummer, Bill Berry. The sounds take getting used to; it doesn't appear to be that accessible to the record-buying public. Standout moments include the Pet Sounds soundalike "At my most beautiful", which features Beach Boyish harmonies, intermittent snare rolls, a bass harmonica, and jingle bells - all in obvious tribute the Brian Wilson and his Sixties production work for the Beach Boys. The majority of the tracks are lush, sonically creative, but at the same time, downcast.

Some data courtesy of Billboard and Nielsen SoundScan reports.