Archive for the 'religion' category

We want true happiness through self-actualization — the perception that one has reached his fullest potential as a person. Wealth and pleasure (artha and kama, respectively) are nice but ultimately fleeting. Huston Smith’s comments of Buddhism more eloquently tout this view. I know it’s simple and clichéd, but wealth and pleasure cannot bring lasting happiness. Temporary happiness cannot be what people want, for there is always a letdown, a hunger if you will, after the initial “peak”.

Hinduism agrees that the “drive for success is insatiable.” To do one’s duty (dharma) could be considered a form of self-actualization if one acknowledges that one’s duty may be to live to one’s fullest potential. Living to one’s fullest potential does not necessarily imply garnering vast amounts of wealth, power, and respect. Is liberation (moksha) the Hindu equivalent of Heaven? If so, Brahma/God will eliminate our wants and desires upon liberation/entrance to Heaven. Sensible people want liberation/Heaven because such an experience is the absence of want. Could it really be that what people really want is to not want anything?

I really haven’t touched on what I really want out of life. Right now, I’m in the “security” stage. I don’t want to have to worry about finances, career paths, health, my fiancé, my place in the Reign of God… To me, that is happiness — not having to worry or spend time trying to fix what can’t be fixed.

Posted in introspection, religion | Comments Off

An aversion to sex

Some celebrants have a hard time acknowledging the sex of certain deities and beings. For instance, some priests at my church modify parts of the Eucharistic prayer. Some change “…through Him, with Him, in Him. In the unity of the Holy Spirit…” to “…through Christ, with Christ, in Christ. In the unity of the Holy Spirit…” It’s a subtle change, but people notice. I even heard one priest modify part of the Baptismal vows: Instead of the usual “Do you reject Satan, father of sin and prince of darkness?”, he said “Do you reject Satan, master of sin and ruler of darkness?” The next thing you, they’ll start saying “In the name of the Parent, the Offspring, and the Holy Spirit.” :-)

Grace, works, and the experiential

One should make a clear distinction between grace-based and works-based salvation: “If you stress the numinous, you stress that our salvation or liberation (our being holy) must flow from God the Other… If, on the other hand, you stress the mystical and the non-dual, you tend to stress how we attain salvation or liberation through our own efforts at meditation, not by the intervention of the Other.” It’s an age-old argument, really — one of the reasons for the current rifts between Christian denominations. Protestants tend to stress God’s grace as the impetus of our salvation (“…by grace are we saved…”; Ephesians 2:8-9). Catholics tend to stress grace (“…while we were still sinners, Christ died for us…”; Romans 5:8) and works (“…unless you eat my flesh and drink my blood, there can be no life within you.”; John 6:53). I find Protestant and Catholic services equally experiential, but in different ways. The typical Catholic experience is: “…the soaring columns of a great European cathedral, the dim religious light, the high flying solemn choral music, the sanctity of slow procession…” The Protestant experience is more spirit-filled. There’s more emphasis on praise and doing what comes naturally. The experience is the emotional connection one has with Christ.

I recently started a six-credit-hour class called The Religious Quest, and as such, have had even less time to blog or update my site. :-( When I get a free evening, I’ll put up some new content, including a picture of an elephant!

For some strange reason, I keep coming back to Matthew 3, where Jesus is baptized by John the Baptist. It was such a pivotal moment for Jesus; it signified that He had “arrived” and that He was ready to fulfill the will of God. Additionally, it marks the fulfillment of John’s prophesy in his own presence. It must have made him infinitely happy to see the fruition of his service unfold before his eyes.

This is why I believe David Bazan is pure genius: [download mp3]

Posted in music, religion | Comments Off 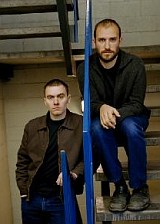 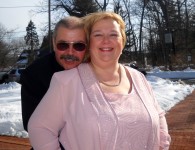