Archive for the 'random' category

Amazon.com‘s wishlist goes German on me… It’s funny that the other options aren’t in German, only the first, translated as “I must have.” Amazon does have a German site, so there must be a cross-pollination thing going on or something.

Posted in language, random | Comments Off 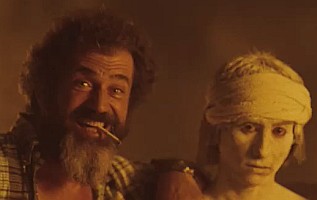 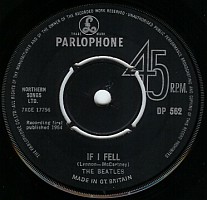 For some reason, I think of my dad, standing at the bottom of an escalator, asking my sister if he needs to go upstairs. Then she tells him that “there’s no need to escalate” and he understands.

…for only love can conquer hate.

Actually, the total annihilation of the human race could also conquer hate. But hate is not something in and of itself that should be conquered, though. For instance, I hate ignorance. I don’t think that some formless “Love” can swoop down and conquer the hate I have for ignorance. It’s ironic that most people are ignorant of my hate for ignorance. (This too I hate.)

Don’t punish me with brutality

So there’s some mob guy named Tony Butali from the Bronx. As a front for his organized crime, he owns a tea-bag “company” which he has named Butali Tea. When Tony needs to put the pressure on a rival, he ties the rival’s hands and feet to a chair and starts slapping him in the face with tea bags. Hence, don’t punish me with Butali Tea.

Oh my gosh! All this time I thought e.e. cummings was a woman.

Posted in random | Comments Off

Freaked me out: I got home from the latest and final Star Wars installment to find a message from Verizon spokesman James Earl Jones on my answering machine. :-)

Posted in movies, random | Comments Off

Dude… I’m no. 1 on Google Images for the keywords small kurd.

She likes lingerie, but he prefers the sombrero 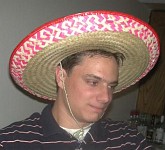 What’s with the Sheryl Crow lyric “She likes lingerie, but he prefers the sombrero“? It seems simple at first, but if you think about it, it’s really vague. Does it mean that she likes lingerie, but he prefers that she wear a sombrero? Should she wear it in addition to the lingerie or instead of said lingerie? In this context, why would the man not prefer lingerie to a sombrero? Is this man Mexican? Or could it mean that he simply prefers wearing a sombrero on his head to wearing women’s underwear? Would this sombrero be worn in the traditional manner, or placed strategically in lieu of underwear?

Isn’t lingerie really just a shopping mall term for underpants? It’s like a man walking up to you and saying, “I like socks” or, “I like shirts.” If said in a certain, absent-minded way, this declaration could no doubt make one feel uncomfortable. The woman’s preference for lingerie, I think, is really just her acclamation that “I’m sexy and I’m in control.” The man, with his preference for a large Mexican hat is in effect saying, “I wear the pants in the family; I’m manly, I’m ethnic, and I’m out of control in my Mexican hat.”

Posted in humor, random | Comments Off 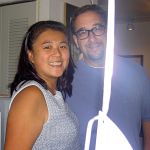